These walls are called paret seca (drystone) because they are built using a technique where the irregular pieces of stone are skilfully fitted together without using mortar. They are the result of an anonymous collective project and of knowledge shared across centuries with no written guidelines.

The art of building dry stone walls has not disappeared in Menorca as it did in other places. Active professionals yet remain, knowledgeable in the traditions handed down over the generations, but the time has come to reflect on their future. Recognising the trade of paredador (stonemason) helps us appreciate and preserve the island’s landscape along with many other regions worldwide. To avoid drystone becoming a relic of the past it must be treated as live heritage. 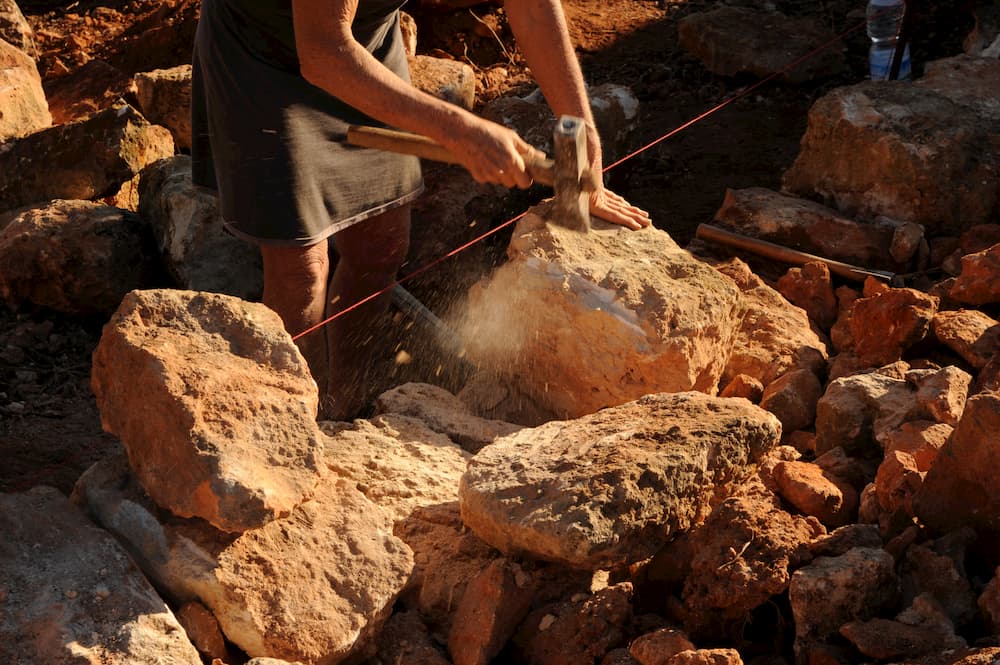 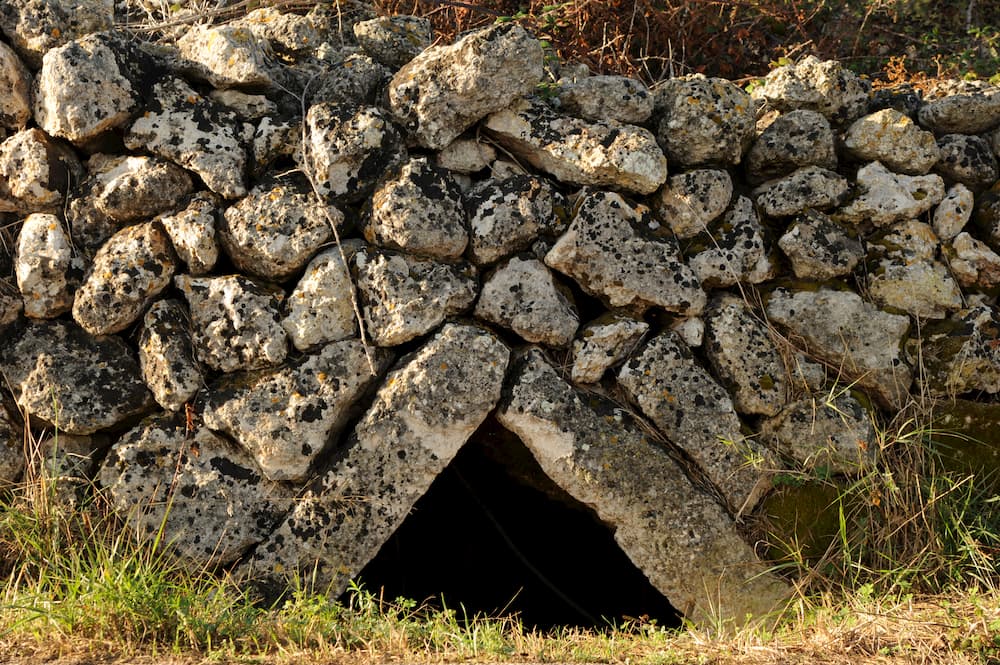 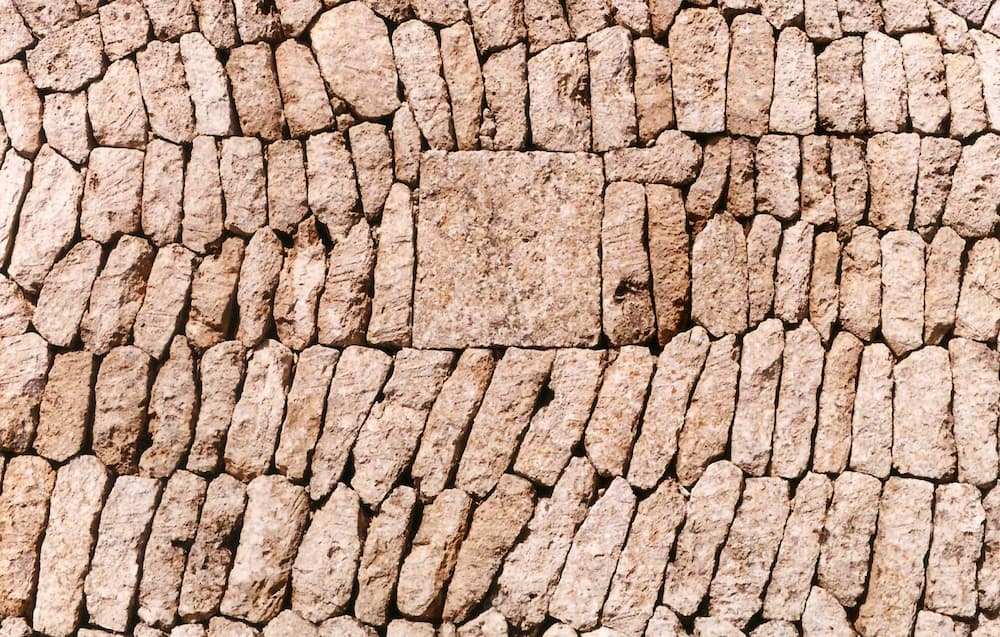 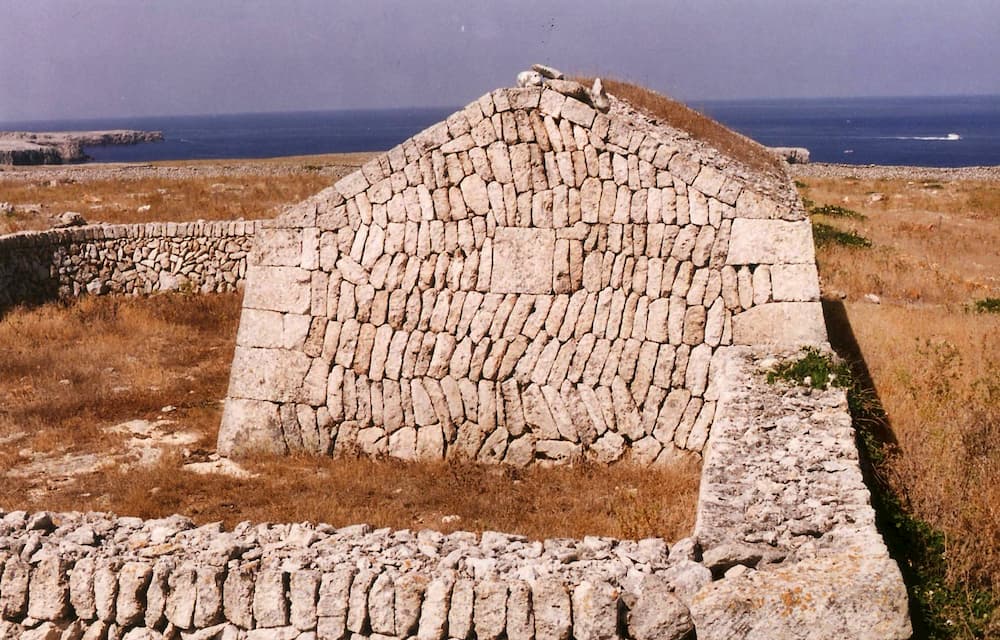 The dry wall is the result of an anonymous collective work and shared knowledge for centuries without written norms.

HOW IS A DRYSTONE WALL BUILT?

To build a drystone wall, horizontal rows of stones are placed one atop the other.

The stones have two visible faces connected by a filler of rubble called reble, which acts as a support and stops the outer stones from moving.

To seal the wall, a finish is needed to stabilise the work as a whole. This finish may be completed in drystone, using rectangular cobertores or flat, heavy slabs. In other cases, a sand and lime mortar is applied, either to repoint the slabs, or to create a coping, the tàpia, in a half-round or esquena d’ase (donkey-back) shape, which is whitewashed. This finish seals the work, acting like a strengthening beam.

The walls are never built absolutely vertically. The width of their base is always greater than the crown. The iron rods acting as a construction guide are driven into the ground at a certain angle known as the peu or tumbada. The result is that the wall’s section is never rectangular, rather resembling the shape of a truncated pyramid. The stones are positioned at an angle inwards, and must touch each other. 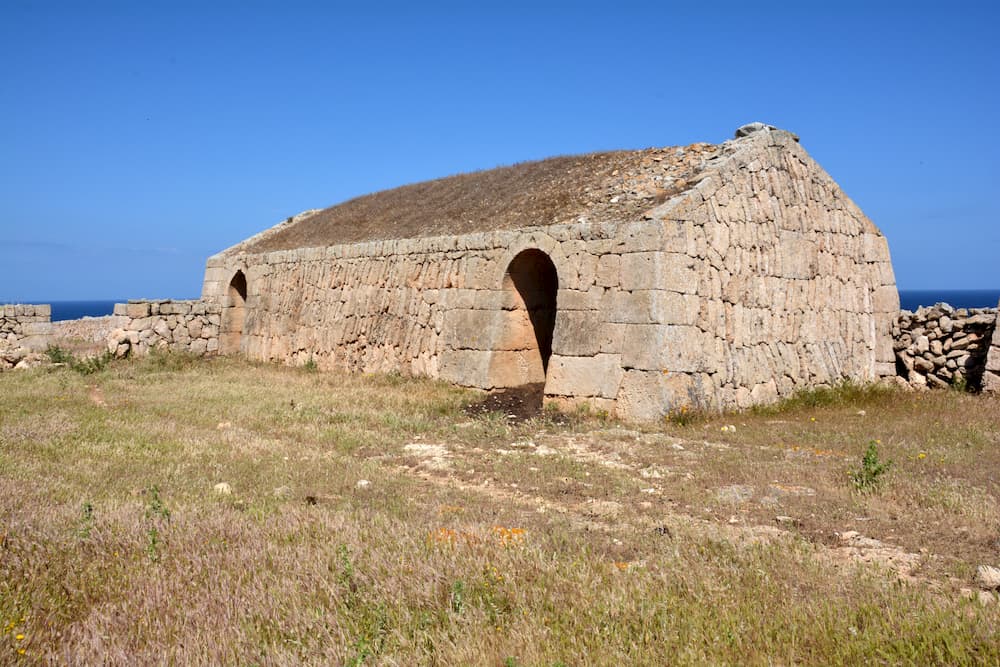 The art of building dry stone walls has not disappeared in Menorca as it did in other places. An art that has to be treated as a living heritage to not become a relic of the past. 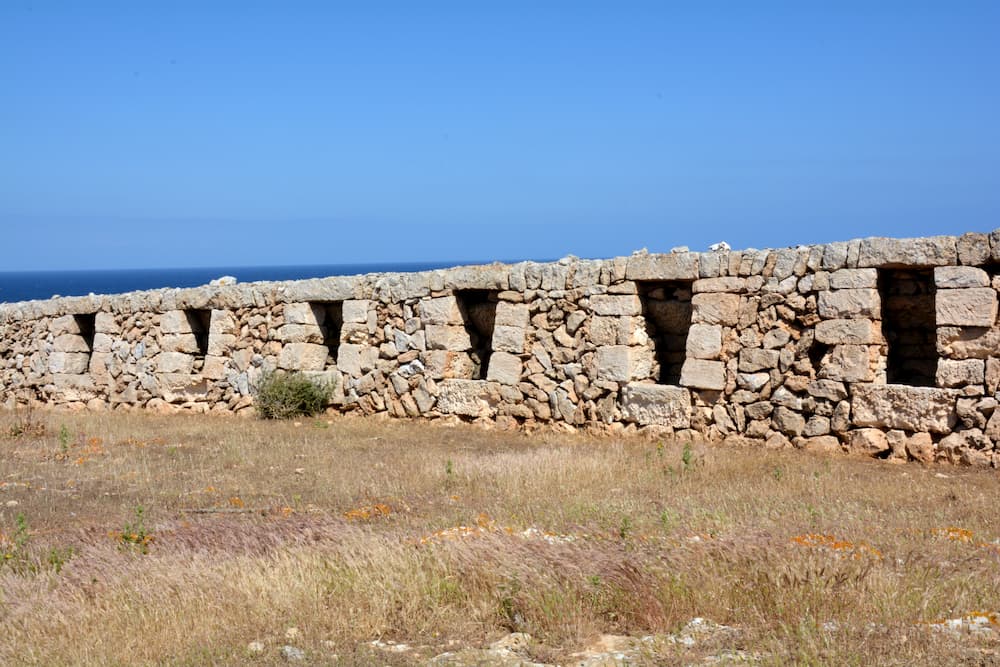